+ What are all the components of a musical experience? (Think beyond the notes!) 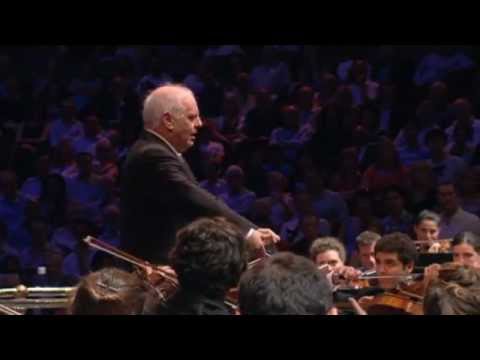 Beethoven's Symphony No. 5, performed by the West-Eastern Divan Orchestra, conducted by Daniel Barenboim.

Please listen to the first movement of this symphony.

How would you describe the music of Beethoven? Please write down your thoughts!

A 19th-century Description of Beethoven

Here is the first page of the 1813 publication, and a link describing the Allgemeine musikalische Zeitung.

What might these publications tell you about their readers?

Questions that would be discussed in our Western Music in History course:

In an upper-level course, you might look at this text again, considering new questions and also reconsidering the very same questions you asked before.

Questions for discussion in upper-level courses—History of the Symphony or Aesthetics of Music: