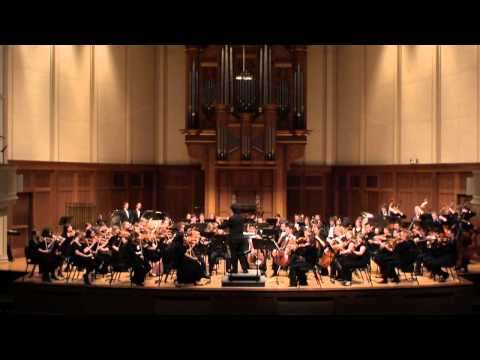 Students were introduced by ear to the Arabic mode called maqam Hijaz and were encouraged to improvise using the pitches in that mode.  We used a form called taqsim, which is an improvisation over a drone.  Members of the orchestra created the riffs (short musical ideas), basslines, melodies, textures and rhythmic grooves. Each riff or texture is represented by a hand gesture.  The conductor then uses “conduction” with these hand gestures to create the piece and guide the musicians as the piece unfolds.  – Matt Turner