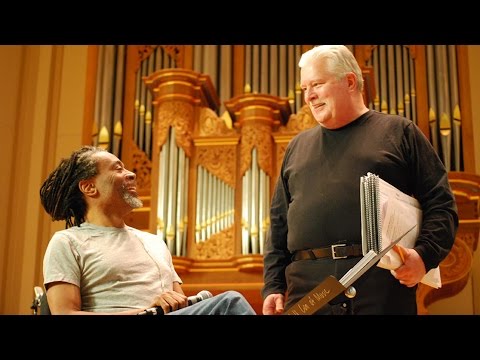 Fred Sturm Jazz Celebration Weekend brings professional jazz artists to the Lawrence campus for a 100% non-competitive jazz education festival. Instrumental and vocal jazz educators continue to appreciate the low-pressure clinic environment, the inspirational boost at the start of the school year, the extended ensemble workshop clinics with renowned clinicians, the special focus upon improvisation, the absence of ratings and trophies, and a "Who's Who" list of professional jazz artists.

Fred Sturm Jazz Celebration Weekend will be virtual this year due to the recent spread of the COVID Delta variant. This year we celebrate Jazz Weekend's 40th anniversary with special guest performances by world-renowned composer Dave Rivello (with the Lawrence University Jazz Ensemble) on Friday at 7:30 pm, and bassist Ike Sturm with his group HEART and featured guest Donny McCaslin on Saturday at 7:30 pm. Tickets to these two virtual concerts can be purchased at www.lawrence.edu/conservatory/box_office/tickets

In addition, please join us for a series of new Jazz Weekend virtual workshops! In the spirit of this year's inspiring "Brighter Together" message on our Lawrence campus, we are expanding our workshops and reaching out to everyone who wants to participate – all instrumentalists and vocalists are welcome to attend these free, virtual clinics!

We will continue to provide virtual/online performances during the 2021-2022 academic year until it is deemed safe to open live concerts to the larger community. Thank you for your understanding and support as we continue to do everything we can to help everyone stay safe, informed and connected with our Lawrence Jazz community.

He leads a 12-piece ensemble (The Dave Rivello Ensemble) that is his main orchestral voice. He is also the author of the book, Bob Brookmeyer in Conversation with Dave Rivello (ArtistShare). His debut recording, Facing The Mirror, received strong praise from reviewers in the United States, Italy and Ireland. The Village Voice Jazz Critics Poll chose Facing The Mirror as the Debut Release of that year.

He co-produced the Gil Evans Project live recording, Lines of Color – with leader Ryan Truesdell, which was nominated for a Grammy. He also recently co-produced Jennifer Bellor’s recording, Reflections at Dusk, on Innova Recordings.

He has served as composer-in-residence at a number of schools, writing for their ensembles, giving clinics as well as private lessons. His residencies have been sponsored by Meet The Composer, Harvard Project Zero, and The New York Council of the Arts. He has written for and been commissioned by: The Smithsonian Institute, The United States Air Forces in Europe Band, The University of North Carolina-Wilmington, The Youngstown Symphony Orchestra, The Penfield Symphony Orchestra, The Eastman Wind Ensemble, Bobby McFerrin, David Taylor, Phil Woods, Randy Brecker, Regina Carter, the Airmen of Note, The Rochester Philharmonic Orchestra, and many others. His music has been widely performed throughout the U.S. as well as in Germany and Spain.

He is also on the faculty at the world-renowned Eastman School of Music.

Dave is proud to be sponsored by Modern Fuel pencils and pens. HEART gathers the warm, brilliant tones of Melissa Stylianou, Godwin Louis, Chris Dingman and Ike Sturm in an enveloping and powerful quartet. Their collective sounds have been described as “dazzling” (NY Times) and “undeniably beautiful,” (DownBeat) bound by raw emotion and incandescent stillness.

Bassist and composer Ike Sturm was raised in a musical home in Wisconsin, learning from his father, renowned composer and arranger, Fred Sturm. Ike has performed with Gene Bertoncini, Theo Bleckmann, Ingrid Jensen, Donny McCaslin, Bobby McFerrin, Ben Monder, Maria Schneider and Kenny Wheeler. He has played on four Downbeat award-winning recordings, as well as several Steve Reich releases on Canteloupe and Nonesuch Records. He has performed with Alarm Will Sound and the International Contemporary Ensemble, along with numerous creative ensembles in New York.   Ike studied jazz and classical bass and composition while earning undergraduate and graduate degrees at the Eastman School of Music. In addition, he drew inspiration from studies with legendary bassist Dave Holland.

Saint Peter’s Church in Manhattan, where Sturm served as Music Director for the Jazz Ministry from 2004-2021, commissioned him to compose Jazz Mass, a work for voices, strings and soloists that merges diverse musical languages into a powerfully unified aesthetic. The piece was released to critical international acclaim, named one of Downbeat’s “Best Albums of the Year” and has been performed across the U.S., Scandinavia and Europe. Ike’s ambient acoustic duo   ENDLESS FIELD with guitarist Jesse Lewis has been featured live on WBGO New York’s “The Checkout” and on NPR. Their eponymous 2017 album was released on Biophilia Records and includes GRAMMY-winning soloist Donny McCaslin. The project aims to engage others in environmental awareness and activism through music and volunteer activities. In 2019 Ike and Jesse trekked to Utah to record a live wilderness album using a solar-powered battery, collaborating with National Geographic videographers and L.A. sound engineers. Alive in the Wilderness was released to critical acclaim in 2020. Endless Field has been featured live on NYC’s “The Checkout” on WBGO and National Public Radio (NPR). Ike is currently touring, finishing a new album for HEART and composing three new large-scale commissions in 2021-2022 for Notre Dame and the Rochester Symphony Orchestra. www.ikesturm.com

Melissa Stylianou has been turning heads and capturing hearts since the turn of this century, from her native Toronto to her adopted home of New York City, from intimate club residencies to top festival stages. Across her five solo albums (including No Regrets, which JazzTimes called “Smart. Seamless. Stunning.”), Melissa has maintained a focus on storytelling, whether through her original compositions and lyrics, interpreting the music of songwriters like Paul Simon, James Taylor, and Björk, or finding a unique and personal way to present oft-sung jazz standards. Her newest endeavor is a trio album of jazz standards with Ike Sturm on bass and guitar legend Gene Bertoncini. DownBeat has called her a “sophisticated storyteller” and an “original”, while Grammy-nominated pianist Fred Hersch says: “Melissa has it all – a gorgeous instrument, superb musicianship and great taste.”

Chris Dingman is a vibraphonist and composer known for his distinctive approach to the instrument: sonically rich and conceptually expansive, bringing listeners on a journey to a beautiful, transcendent place. He has been profiled by NPR, the New York Times, DRUM magazine and many other publications, and has received fellowships and grants from the Chamber Music America, the Doris Duke Foundation, New Music USA, and the Herbie Hancock Institute (formerly the Thelonious Monk Institute). Dingman has done significant work with legendary artists Herbie Hancock and Wayne Shorter as well as next generation visionaries such as Jen Shyu, Ambrose Akinmusire, Steve Lehman, and many others, performing around the world including India, Vietnam, and extensively in Europe and North America.

Days before his January 2016 death, David Bowie released his final album, Blackstar. While the record represented an endpoint for the legendary artist, it also marked a new beginning for jazz lifer Donny McCaslin who, armed with his saxophone, defined Blackstar's visionary stylistic fusion.

Now, two and a half years after Blackstar's release, McCaslin returns with a new album, Blow., a new definitive statement that fully realizes Bowie's influence and McCaslin’s evolved artistic direction. "Before working with him, things like this didn't seem possible to me," McCaslin says of Blow., the most daring work of his two-decade, GRAMMY®-nominated career – set for October 5 release on Motéma Music. "The affirmation of that project and how wonderfully that turned out artistically — I feel like anything is possible now."

Despite McCaslin's extensive, acclaimed career — he grew up gigging with his father's jazz ensembles in Santa Cruz, California, attended Boston's esteemed Berklee College of Music, and began his recording career in the late '90s — collaborating with Bowie altered how he approached his craft. "His aesthetic in the studio was, 'Go for what you're hearing, don't worry about what it's going to be called or categorized as,'" McCaslin recalls of the late icon. "'Let's have some fun. Let's make some music.'" With the expansive, diverse Blow., McCaslin takes Bowie's philosophy to heart.   McCaslin hinted at his new direction earlier this summer with the release of the project's first single "What About the Body," a sizzling cut that blends alt-rock, jazz, and politically suggestive lyrics from singer-songwriter Ryan Dahle (Limblifter, Mounties) for a potent product — but it's just one of the many flavors he explores on the diverse record.

Along with his bandmates, he's propelling his music to places that seemed unreachable — to the extent that he'd even conceived of them — just a few years ago. And Blow. isn't the endpoint. "The live show is really evolving," says McCaslin, thrilled to share his fresh material with audiences around the world. "It's going to continue to evolve and we have this vision of how it's going to evolve. It's going to be much different from what it has been." Recent years have been a whirlwind for McCaslin, but Blow. proves he's ready for his next chapter: "Going all in with new territory is really stimulating to me."

Here's how to participate in this year's virtual Jazz Celebration Weekend!

Tickets for the Friday and Saturday evening virtual concerts can be purchased through the Lawrence University Box Office.

The following virtual performances and workshops on Saturday are free – everyone is welcome!
Join us at https://livestream.com/lawrenceuniversity

Patty Darling (for questions from or about directors, clinicians, educational events, and commissioned composer details):
patricia.a.darling@lawrence.edu
(920) 832-6898

Jillian Johnson (for questions about concerts and ticketing):
jillian.l.johnson@lawrence.edu
(920) 832-6773