At the London Centre students live in modern, comfortable, self-contained flats, which they share with other Lawrence University students. Each flat consists of two or three rooms with two or three beds each. Flats feature:

The flats are cleaned by housekeepers once a week, which includes a weekly change of bed linens and towels.

At the London Centre, students may enjoy the use of the following facilities and amenities:

The Campus is monitored by a 24-hour reception/security staff and requires secure swipe-card access.

The Lawrence London Centre is located in Bloomsbury – a safe, clean, central area – which is part of the Royal Borough of Camden. Established as a fashionable residential area in the 17th and 18th century, it still features a large number of green spaces with its private and public squares.

The London Centre is within walking distance to Covent Garden, Trafalgar Square and Soho and our neighbours include:

Bloomsbury is famous for its residents, including Charles Dickens, but most of all for the artists of the Bloomsbury group, including the author Virginia Woolf, her sister and painter Vanessa Bell, writer Lytton Strachey, and the painters Roger Fry and Duncan Grant.

The nearest tube stations for the London Centre are Tottenham Court Road (Northern, Central, and soon the Elizabeth Line), Goodge Street (Northern Line), Warren Street (Victoria and Northern Line), Euston Square (Metropolitan, Circle and Hammersmith & City Line), and Holborn (Piccadilly and Central Line).  Most London airports, including London Heathrow, can be reached by tube and/or train within one hour.

There are several shops and a wide range of cafes and restaurants close by, as well as several gyms, one with an indoor and outdoor swimming pool, which can be accessed for a small fee as a day guest.

The buildings that house the current London Centre have evolved over 300 years and are registered on the British National Heritage list.  In 1685, Thomas Tufton, Earl of Thanet, acquired a plot of land on the north side of Great Russell Street. On this land he built his grand terrace home, Thanet House, which was constructed in the Georgian style of the time. Buildings adjacent to the original Thanet House were built some time between 1685 and 1693. By the late 1600s these buildings, along the fringe of fashionable Bloomsbury, were frequented by members of the aristocracy and gentry. Indeed, both the Peacock Room and the Adams Room were once drawing rooms for the elite of London and both once had beautiful long country views to the north, up towards Highgate and Hampstead.

Since December 1992, Florida State University has been the freeholder for the site, running their own study abroad programme here, as well as hosting other U.S. institutions. Walking Tour of the Neighborhood

Take a walking tour around the London Centre's neighborhood. Can you picture yourself living here? 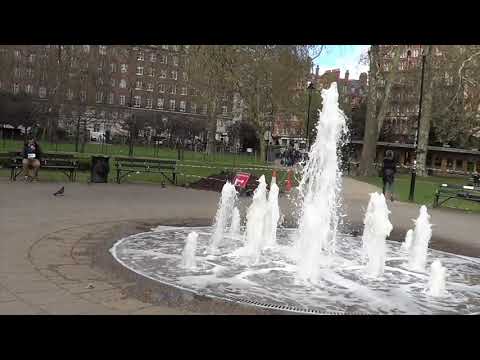